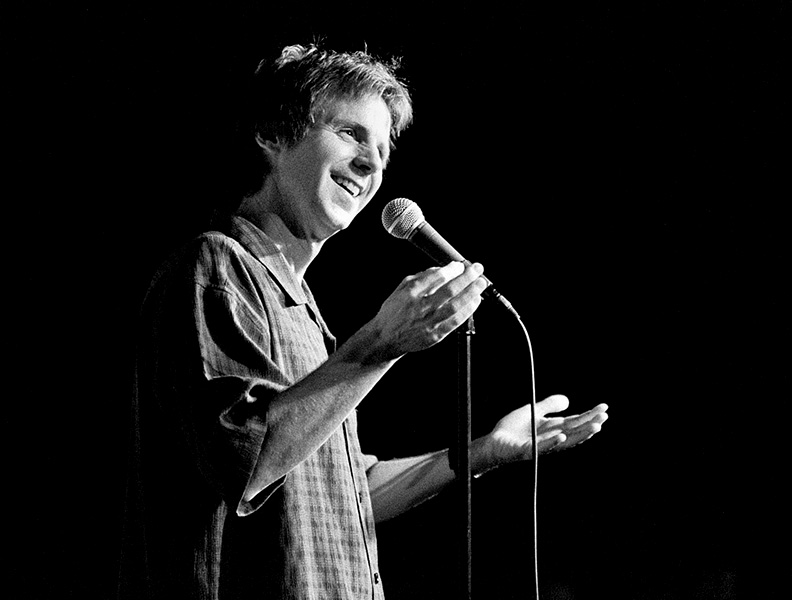 Emmy-award winning comedian Dana Carvey has maintained a tremendous career. Carvey was born June 2, 1955, in Missoula, Montana. Dana went on to college at the San Francisco State University where he won the San Francisco Standup Comedy Competition. After his graduation (with a degree in communication arts), he played at numerous clubs in the Bay Area and then moved to Los Angeles to pursue his career.

On television, he hosted the 1992 presentation of the MTV Music Awards, costarred in two pilots and was a member of the Showtime special SALUTE TO THE IMPROVISATION, with Billy Crystal, Robin Williams and Robert Klein. In 1995, Dana performed standup in his own one-hour comedy special on HBO aptly named CRITICS’ CHOICE.

Carvey’s transfer from the small screen to the large screen included roles in Alan Parker’s THE ROAD TO WELLVILLE, for Columbia Pictures, Richard and Lili Zanuck’s CLEAN SLATE for MGM, and Twentieth Century Fox’s TRAPPED IN PARADISE. His early film work includes his debut in THIS IS SPINAL TAP, RACING WITH THE MOON, ONE OF THE GROUP, where he portrayed Mickey Rooney’s grandson, BLUE THUNDER with James Farentino, TOUGH GUYS, with Burt Lancaster and Kirk Douglas, and starring in the comedy OPPORTUNITY KNOCKS.

Carvey won an Emmy Award in 1993 for Outstanding Individual Performance in a Variety or Music Program. He has received a total of six Emmy nominations, one of which was for a guest appearance on HBO’s highly acclaimed LARRY SANDERS SHOW. Also, he was honored with the American Comedy Award as Television’s Funniest Supporting Male in 1990 and 1991.

(Side note: Dana’s brother Brad is an engineer and a pioneer in the video production field. He developed “Video Toaster”, an inexpensive setup for Hollywood quality video making. The character “Garth” from Wayne’s World is based on Dana’s brother.)